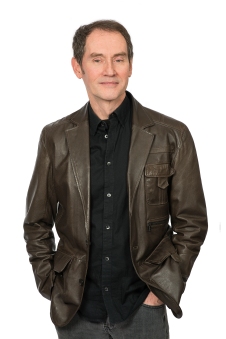 David L. McIntyre is living his childhood dream of being a composer and pianist. Spending most of his life on the Canadian prairies, he was born in Edmonton, educated in Saskatoon and Calgary, and has been based in Regina since 1976. For three years he served as composer-inresidence with the Regina Symphony Orchestra. A leading composer of music for the piano, he is himself a respected solo pianist and frequent collaborator with many fine singers and instrumentalists. Known equally for his vocal, choral and chamber works David continues to fulfill public and private commissions from many musical organizations, artists and individuals. Several of his works have now garnered an international reputation.

Composer and pianist David L. McIntyre has spent his life on the Canadian prairies. Born in Edmonton in 1950, raised in Saskatoon and Calgary, David has worked in Regina since 1976. He counts pianist Boris Roubakine and composer Luigi Zaninelli among his most influential mentors. He taught piano and composition until 1995 at the Canadian Bible College, and later at the University of Regina and the University of Saskatchewan. For three years he served as composer-in-residence with the Regina Symphony Orchestra. An Associate Composer of the Canadian Music Centre, David is one of Canada’s leading composers of music for the piano. A Wild Innocence was the imposed piece for the 2011 Piano edition of the Montreal International Musical Competition. Butterflies & Bobcats, the imposed piece for the 2004 Egré Competition is now performed and broadcast worldwide. David is himself a respected pianist and frequent collaborator with many fine singers and instrumentalists. His CDs include collaborations with Sophie Bouffard, Lynn Channing, William Clark, John Griffiths, and Regina’s Contrasts trio and the Prairie Pride Chorus. He has devoted much time to vocal, choral and chamber music and has a growing catalogue of music in these genres. David lives with his partner Greg and a flock of Indian Fantail, Modena, Thuringer and Capuchine pigeons. He enjoys his participation as organist at St. Paul’s Anglican Cathedral in Regina and nurtures a love of architecture and cooking.

Playful and witty, passionate and tuneful, rhythmic, tender and moving – all describe the music of David Leroy McIntyre. Since the 1970s he has created an impressive body of concert, pedagogical, and church music that continues to be received enthusiastically by performers and audiences alike. Whether music for solo piano or organ, voice or chorus, chamber ensemble or full orchestra, it is a music that stirs deep emotion, hope and zest for life. Performers appreciate McIntyre’s music for its sensitivity to the nature of their instruments. He is a professional pianist; his keyboard works are meticulously crafted, sophisticated, and nuanced. His Second Piano Sonata was commissioned by MusiCanada 2000 for Angela Hewitt. His Piano Concerto, premiered in 2003, was written for Catherine Vickers of Germany. Butterflies & Bobcats for solo piano, commissioned by the 2004 Eckhardt-Grammaté National Music Competition and Slam Dunk Dancing for American pianist Jo Boatright have delighted audiences across North America. A Wild Innocence was the imposed piece for the 2011 Piano Edition of Montreal International Musical Competition. David has also written a large quantity of music suitable for younger pianists. For three years McIntyre served as Composer-in-Residence with the Regina Symphony Orchestra. This position (funded by the Saskatchewan Arts Board) enabled him to create several exciting new orchestral works, all premiered by the RSO. His Symphony No. 1 (2000), the Concerto for Piano and Orchestra (2003)and Concerto for Violin & Orchestra (2008) were broadcast nationally on the CBC. Perhaps his favourite genre is chamber music with piano. He has written striking concert sonatas for most orchestral instruments with piano, from a Tuba Sonata for John Griffiths to the Second Violin Sonata for Erika Raum. As a member of the trio Contrasts, with violinist Eduard Minevich and clarinetist Pauline Minevich, David has composed several works for the ensemble including Hybrids, Chocolates, and Winter Gardens which the trio toured in Russia in 2007 and in Latin America in 2010. His love of literature is evident in his vibrant vocal and choral settings. He has created works based on Shakespearean and Biblical texts, and the poems of fine Canadian writers such as John Hicks, Tom Moore, Lois Simmie, and Anne Szumigalski. His 1998 opera Sea Change was written in collaboration with librettist Joanne Gerber. He has written two large scale choral/orchestral works: a setting of Charles Dickens’s A Christmas Carol was commissioned by Calgary’s Festival Chorus (2008) and a setting of Walt Whitman’s poem Proud Music of the Storm for the Regina Philharmonic Chorus. His work as vocal accompanist/collaborator has inspired him to write many songs for singers such as Lynn Channing, William Clark, Floyd Gadd, Ben Heppner, Catherine May, and Kathryn Whitney. He has recorded CDs with Lynn Channing, William Clark and Sophie Bouffard. McIntyre has received commissions for choral music from the Saskatchewan Choral Federation, the Ottawa Cantata Singers, the Elizabethan Singers of Regina, the Association of Canadian Choral Conductors and several churches throughout North America. Watershed Stories – astirring work that chronicles the experiences of gay and lesbian people – was commissioned by Regina’s Prairie Pride Chorus and continues to electrify audiences across North America. A visceral, kinetic quality in David’s music has moved him to collaborate with a number of dancers and choreographers including Peggy Baker, Connie Moker-Wernikowski, Elaine Hanson, and Robin Poitras to produce dramatic new performance works. McIntyre’s catalogue of published works continues to grow: Most of his music is available through his own company, Roy Street Music. He has been on both the National Board and the Regional Council of the Canadian Music Centre. In July 2011 he was a featured composer and pianist at the Canadian Federation of Music Teachers National Convention in Regina. David is a prairie boy. Born in Edmonton in 1950, McIntyre began piano studies with Roy Morden, his uncle, at four years of age in Saskatoon. After completing his ARCT in 1969 he studied piano and composition at the University of Calgary (B.Mus.), The Banff Centre, and the University of Southern Mississippi (M.Mus.). He counts pianist Boris Roubakine and composer Luigi Zaninelli among his most influential mentors. Since 1976 McIntyre has lived and worked in Regina, teaching at the Canadian Bible College until 1995, as well as at the University of Regina and the Univeristy of Saskatchewan in Saskatoon. Primarily a freelance composer and pianist, he is also organist at St. Paul’s Anglican Cathedral in Regina and an occasional conductor, harpsichordist and adjudicator. His love of gardening, cooking, languages, birding, and architecture complement his creative work. 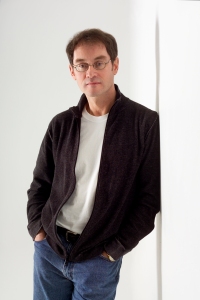